Return to the Battle of the Ironclads 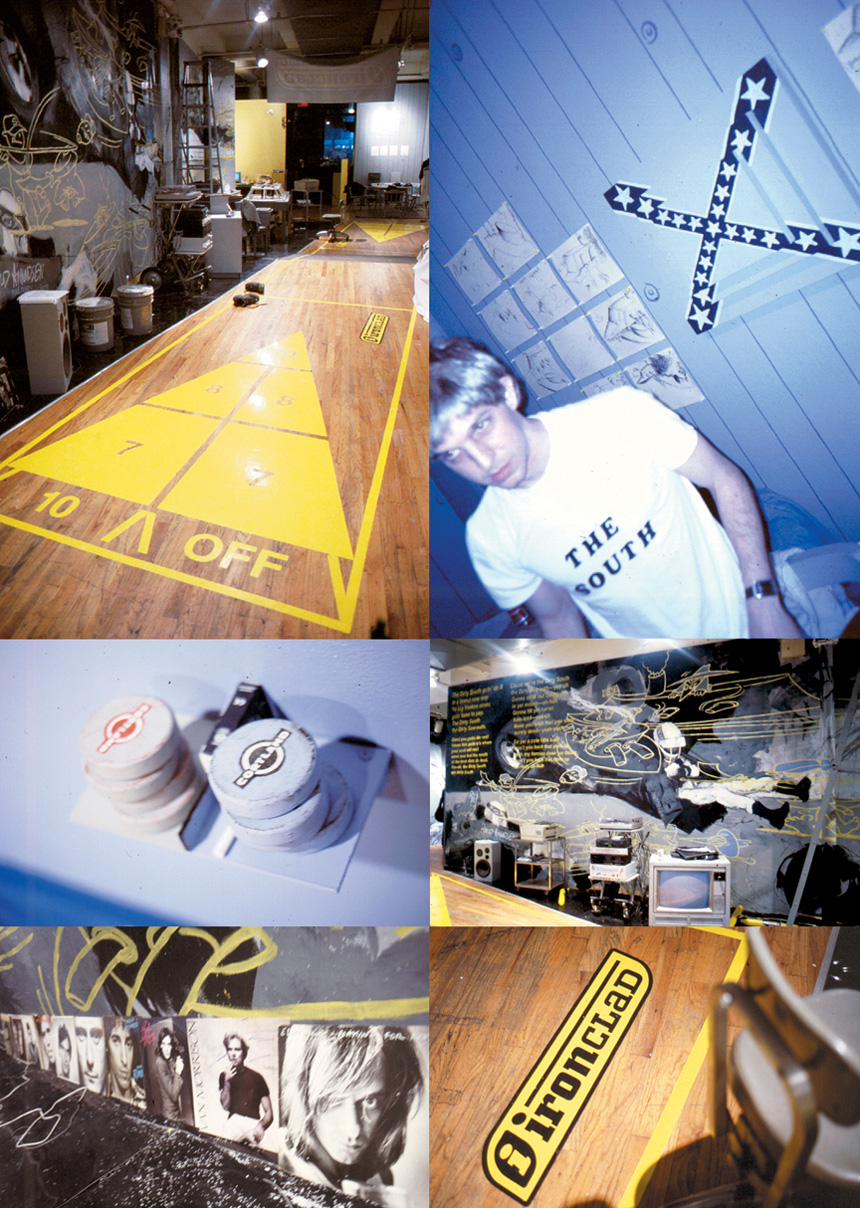 Return to the Battle of the Ironclads happened because I lived in Greenpoint, Brooklyn—birthplace of the Monitor. It was a large scale installation and event conceived with my former HEREart colleague Libby Hartle, who captained the Northern team. We divided the HERE gallery in half diagonally with the Mason-Dixon Shuffleboard Court and began building our ships. We engaged rosters of artists to create objects, ephemera and performances. On March 9, 2002—140 years to the day of the original battle of the ironclads—the Monitor and Merrimac again engaged in bloody battle. Both ships were destroyed in minutes.