manifesto
With the lurid, international failures of politics and religion, our world needs the utopian vision of Arena Rock like never before.

background
Arena Rock was a pop music genre that flourished on radios throughout western civilization from the mid ‘70s to early ‘80s. After the end of the Vietnam war, 1960’s counterculture and idealism gave way to this polished, feel-good, party-all-the-time sound. Cheap marihuana was available to every teenager with a fast food job and the future seemed to bristle with personal freedom and international progress. Arena Rock bands (like Boston, Triumph, ELO, Journey, REO Speedwagon, etc.) and their African-American cousins, funk bands (Earth, Wind & Fire, Parliament, Lakeside, etc.), reflected this attitude in lyrics, sound, and imagery. Seemingly every popular band at the time had its own iconic spaceship airbrushed onto album covers, and why not? Men on the moon were already passé and the future was limitless.

But something happened. The world took a dark and corporate turn in the ‘80s, and even Bill Clinton advanced the limitation of personal freedoms in the ‘90s. In the Middle East, religious fundamentalism achieved serious political power and stockpiled weapons and ideas for kicking ass. Servants to God and CEOs staged a bloody battle that continues today. World economies lay in ruins and religions promise only sacrifice and division. The sky is dark and it’s time to hike back to that fork where the wrong path was taken.

manifestation
Taking its title from the Boston song Feelin’ Satisfied off of the Don’t Look Back LP, take a chance on rock and roll presents an alternative philosophy for those who are awesome enough to follow it.

The movement has so far taken physical form as album cover mash-up murals, dance parties, T-shirts, stickers and a funeral urn. Take a chance on rock and roll seeks a venue to grow this imagery further, to completely inhabit a space with line paintings, frame sculptures, good sounds and communal feelings.

Now, like never before, is the time to take a chance on rock and roll. 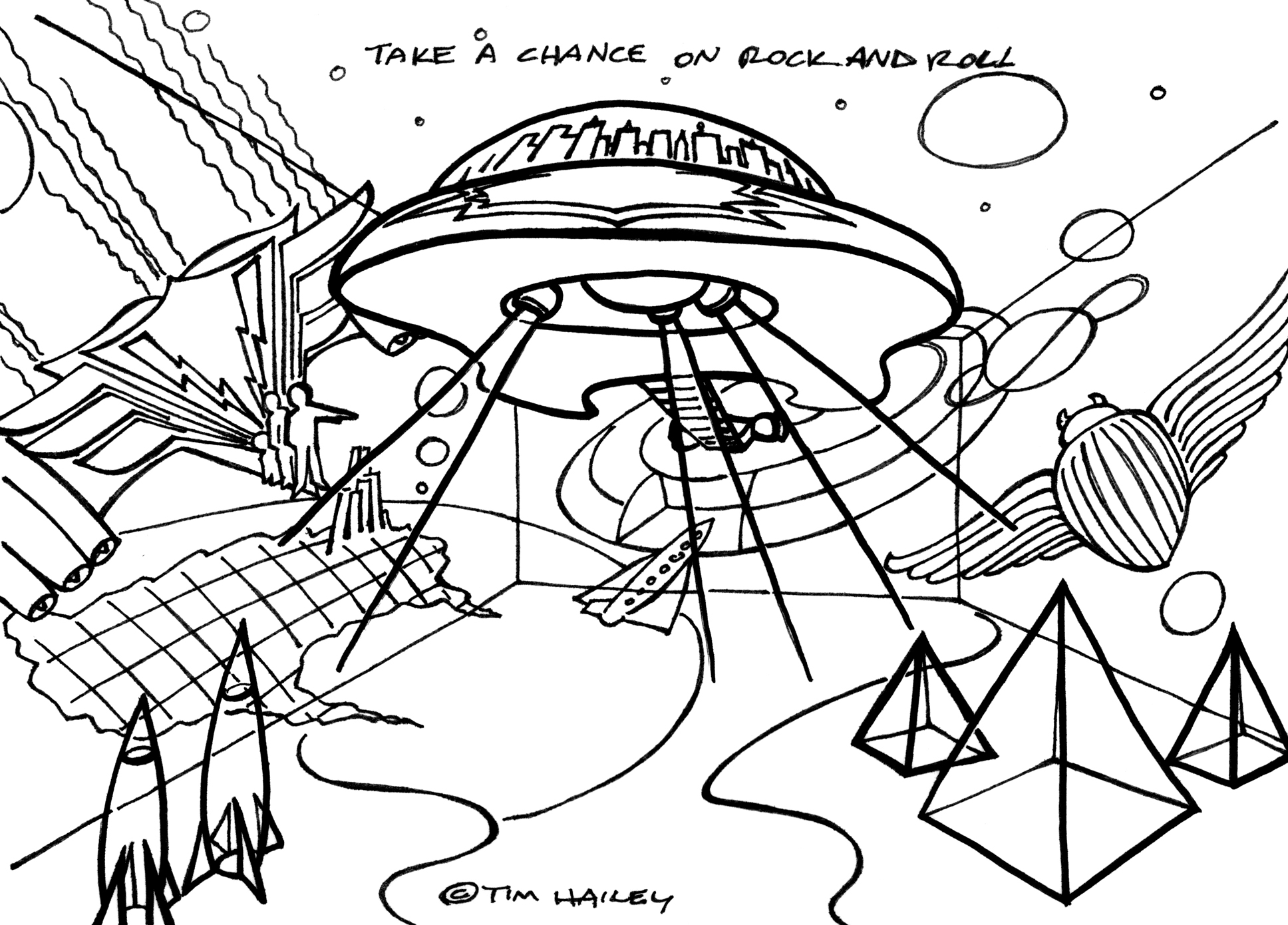