This project operates under similar conceptual assumptions as the 1869 completion of the transcontinental railroad in Promontory, Utah. Formally and collaboratively, the project bears a resemblance to the Return to the Battle of the Ironclads project I completed with Libby Hartle and teams of artists at HEREart in New York, 2002.

An undetermined collaborative/competing artist (or teams of artists) and I will build settlements in opposite corners of a group exhibition, then build a railroad (complete with locomotives) to connect the two settlements. The railroad will have to work its way past (or through) the works of other artists in the exhibition, necessitating the negotiation of property rights with these artists and the curator. Utilization of The Golden Spike’s own mandate of eminent domain and, indeed, the project’s confidence in it’s own manifest destiny, will be key to the full realization of the piece.

The Golden Spike is a challenging bastard to deal with, to be sure. One can picture the flustered curator, attempting to be diplomatic in the face of the bombastic arrogance of The Golden Spike and the frantic pleas of the earnest artists whose work is threatened by its relentless expansion.

The Golden Spike brings to life—in the gallery—timely (and timeless) themes of colonialism on a global scale and real estate development locally (think Brooklyn Nets). Power, politics, money, dignity and human rights are all addressed, used and abused in this turbulent atmosphere. 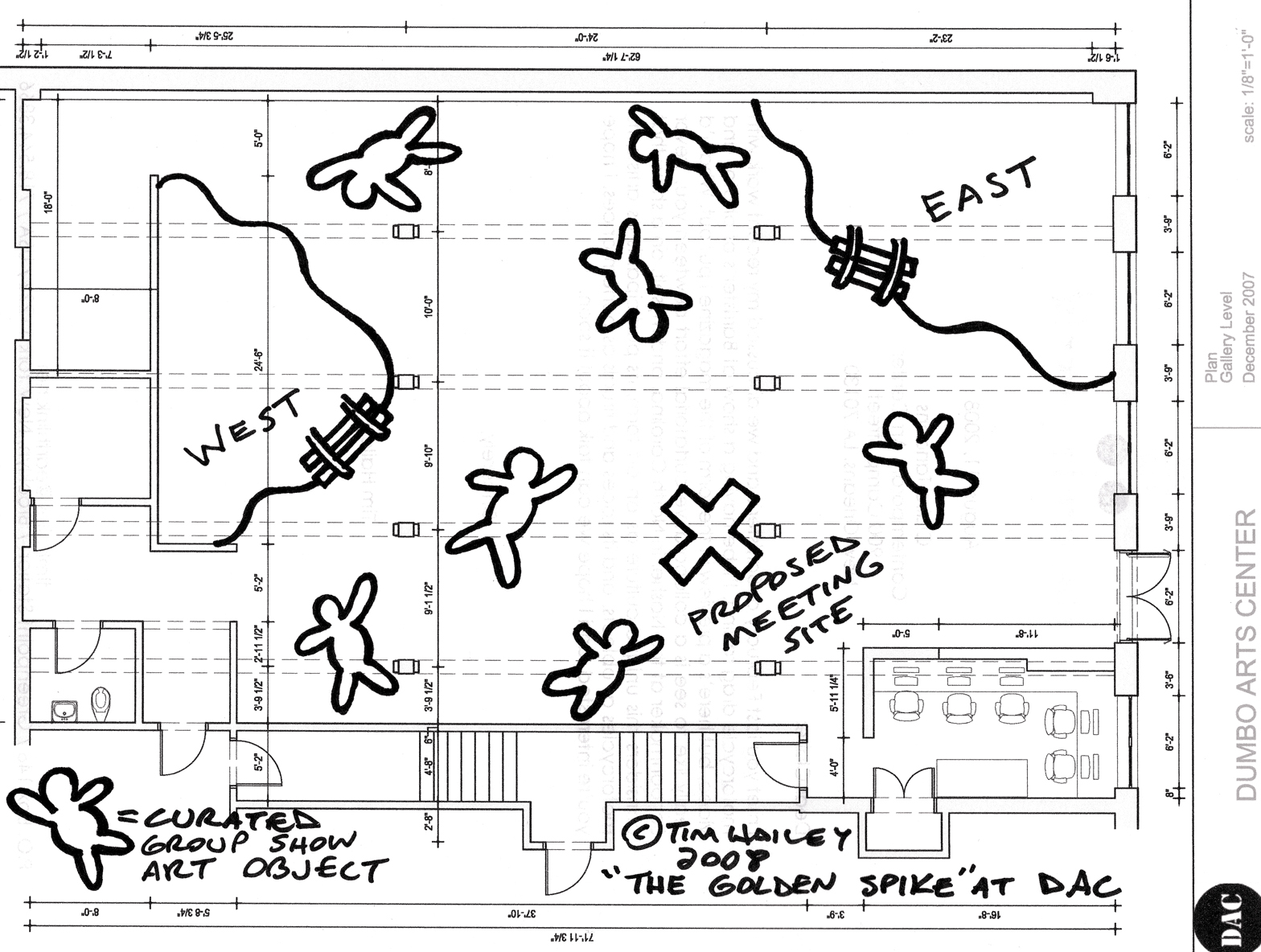 Find out more about the history of the golden spike at:
http://en.wikipedia.org/wiki/Golden_spike

Find out more about the transcontinental railroad at:
http://www.pbs.org/wgbh/amex/tcrr/